My Concentration: The City of Heidelberg

What is the central idea of your concentration?

Memories are powerful tools. They inspired me to create this assortment of artwork in order to revisit my childhood. My concentration revolves around the idea of remembering the past in my case the city of Heidelberg, Germany because it played a significant role in my life as my grandma's hometown. By focusing on a series of Heidelberg's city panoramas, I thrived to capture the mesmerizing lifestyle of European culture.

Overall, all my collected art pieces resemble my recollection of the peaceful environment in Heidelberg that I have depicted utilizing pen and ink (Images 1, 2, 4, and 11) later adding shades of watercolor (Image 3, 5 through 10, and 12). At first, I drew in such way that viewers would find themselves looking at the outside scene as featured in images 1 through 6 without an emphasis on a certain object. I came back to this notion in my end piece (Image 12) in order to portray the entire panoramic view of Heidelberg once again with improved skills. These key steps of improvement in my line work further enabled me to proceed from a different perspective; allowing an inside experience by zooming in on attractions. Image 11 serves as evidence of that progress in the way of displaying a detail of Image 12 representing my line work. Concentrating on emphasis of certain objects, in contrast to Image 7 where I exhibited the tranquil scenery of a Mercedes car, in Images 8, 9, and 10, I pictured my sister in both a historical alley (Images 8 and 9) and a more modern part of the city next to a metal horse statue (Image 10). I also experimented with time setting in Image 5 where twilight is palpable. However, all my other work is shown at daytime. Using watercolors, I was able to establish the characteristics of typical European buildings and architecture to picture the culture I was raised in. 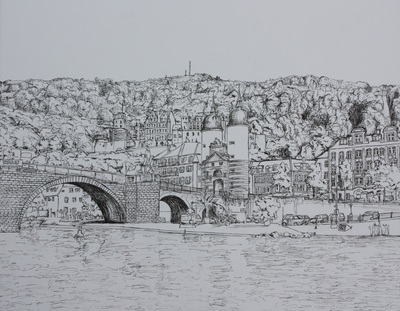 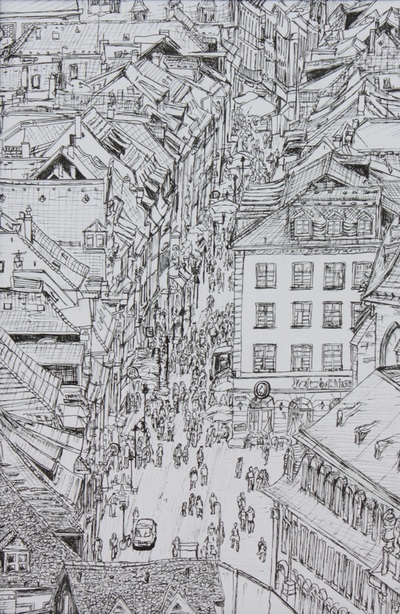 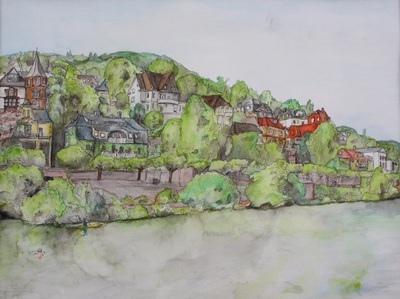 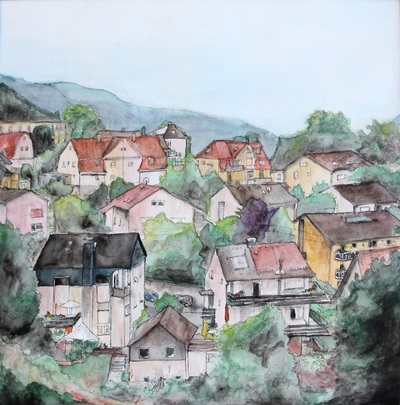 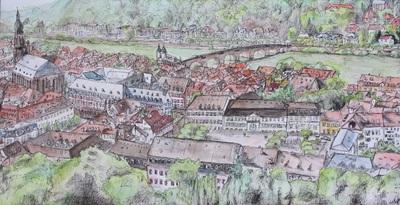 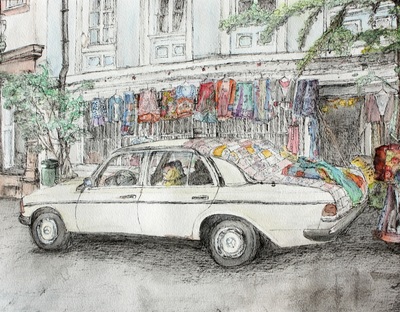 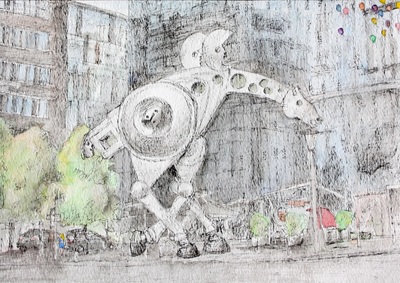 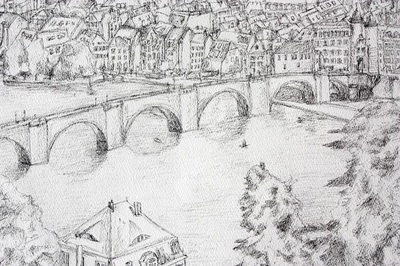